I woke this morning to see thick frost everywhere and the sun rising.  All looked rather nice.  However, within an hour or so the frost had gone and so had the sun and we were left with gloom and cloud.  A cold day with a strong north-easterly wind.  We haven’t had too many winds from the north or east this winter so this makes a change (probably not for the better!).

One thing I didn’t say was that I was woken before the alarm by the bird scarers in the field of oil-seed rape near us.  The farmer is using  a new triple-cannon scarer which explodes very loudly THREE TIMES IN SUCCESSION each time it is triggered by birds – usually woodpigeons.  This has been going off all day.

I had to go to Halesworth for my monthly blood test this morning and I was surprised at the amount of blackthorn blossom in the hedgerows, no doubt brought on by the mild sunny days we have had recently.  It would have looked so much better in bright sunshine today!

Slight problem with my blood test in that it wouldn’t stop bleeding afterwards.  I had great difficulty driving home afterwards with my arm strapped up tightly. I left feeding the birds until the afternoon as usual but, typically, as soon as I got outside it started to rain very heavily and continued all the time I was out only easing off as I took my wet things off indoors.  The geese were noisy and nervous today.  They had been disturbed this morning by ‘their’ field being treated with fertiliser or something.  The tractor was driven very quickly and the birds got panicky.

So, not a very good day today.  However, R is home again from his travels and he is taking Monday and Tuesday off work which will be very pleasant.  Tomorrow we will be going to the coffee morning at the Rector’s house (if it’s on) and then do some shopping.  I will have to get some flowers for Rumburgh church as March and April are my months on the flower rota.  Lent is always in March and/or April and we remove the flowers from church during this time  So, by having both months I get about four weeks of flowers and four weeks without so it works out quite nicely.  I am absolutely no good at arranging flowers.  I’m afraid I have no interest in the art – I prefer to see plants growing in the garden and have no wish to pick them and bring them indoors.  For the church, I just bung some flowers I’ve bought from the florist in a vase and hope for the best.

We have just had a phone call from some friends who asked us to make up a team with them for a quiz night tomorrow at St. James.  So, that’s tomorrow sorted out.  More later!

2 thoughts on “Back to Winter” 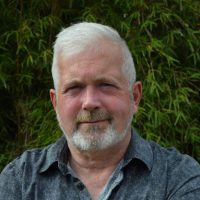 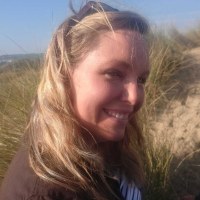