The flowers appear on the earth; the time of the singing of birds is come, and the voice of the turtle is heard in our land…

The Song of Solomon; Chapter 2, Verse 12

When I first moved to Suffolk in 1988 I thought I had moved to heaven on earth!  I had been living in a late-Victorian, terraced house in a south-east London suburb.  Not the worst location by any means; there was a park, an excellent library, friendly neighbours and shops just a few minutes walk away.  But…there weren’t many birds in my tiny garden, though I found that the flowers I planted with the help of my (then) mother-in-law attracted a few insects, especially butterflies and moths.  The only wild flowers I saw regularly were straggly dandelions.

My parents had re-located to Suffolk in 1987 and I had visited them two or three times as they settled into their 18th century cottage.  I decided that Suffolk was the place for me too, and the following year moved to Halesworth, a town about ten miles distant from them.  Admittedly, the bird-table in my garden attracted mainly seagulls (I lived fairly near the coast) but I still managed to see a good variety of smaller birds and every now and again I saw something really special.  The bird I remember being most excited about was a Black Redstart.

In the summer, I used to lie awake at night listening to Nightingales singing from the Folly, which is a patch of heathland on the edge of the town.  When I visited my parents I discovered their garden had Turtle Doves that purred from the trees all afternoon on warm days.

When Richard and I got married in 1994 we moved out of Halesworth to the village of Rumburgh where we lived until 2004.  I don’t remember hearing Turtle Doves in Rumburgh but there were plenty of other birds in the garden, notably Spotted Flycatchers which regularly nested in the Winter-flowering Jasmine against the wall next to the living-room casement-doors.  I also saw a female Cuckoo in a tree behind the house and heard its bubbling song.  The garden was an old established one (our cottage was two hundred years old) and was home to many different creatures, especially a large assortment of moths and butterflies.  We regularly saw toads in the back yard and lizards were everywhere.

In 2004 we moved to Bradford-on-Tone in Somerset because of Richard’s work but we didn’t stay there long, just eighteen months.  The birds we saw in our garden in the West Country were very different from the birds we were used to seeing in East Anglia.  Siskins and Bramblings visited in the winter and Ravens and Buzzards flew overhead all year round.  We had Serotine Bats roosting in the cavity wall of the modern extension to our home.

The year 2006 saw us move back to Suffolk to the house we live in still.  We are only a couple of miles from Rumburgh and when we returned to East Anglia we resumed the life we had led before.  Our present home is even more rural than our one in Rumburgh had been but the house itself is only thirty or so years old.  Before we left Rumburgh in 2004, the Spotted Flycatcher hadn’t nested in the garden for a couple of years, but I don’t remember us noticing any other changes in the wildlife population.  On our return to Suffolk we were amazed to see Yellow Wagtails in our new garden and we had Turtle Doves cooing in the trees round the pond.  This was the first and last time we saw the Yellow Wagtails and from then on the Turtle Doves only visited sporadically.

In the following few years we became aware of a great diminution in the amount of insects, especially moths and butterflies, in the area.  This led to fewer birds of all types, though I did my best by feeding them and trying to encourage insects into the garden.  I feel that, as well as climate change, changes in agricultural practices must have caused the losses in our local wildlife populations.

However, in recent years the Government have provided countryside stewardship grants and we are fortunate that many of our local farmers have been trying to change the way they farm to include wildlife havens.  As well as improving the quality of the many ponds and ditches, wide headlands have been left around the fields where grasses and flowers have been allowed to grow undisturbed.  We live in one of a very few areas in Britain where the Barn Owl is seen regularly.  These grassy headlands are ideal hunting grounds for the Barn Owl. In the past couple of years, farmers have been planting pollinator strips alongside their fields to encourage the insects to return to farmland.  Wild flowers and insects are returning slowly to this intensively-farmed area of Britain.  This year for the first time since we moved here, Turtle Doves have nested in the trees round the pond in our garden. 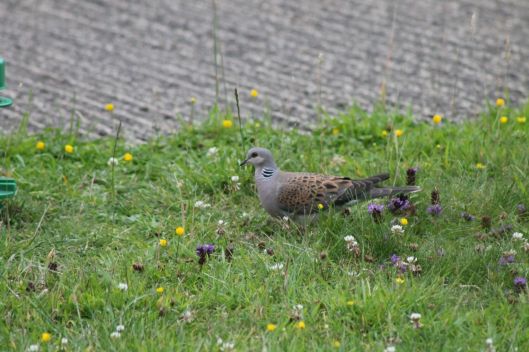 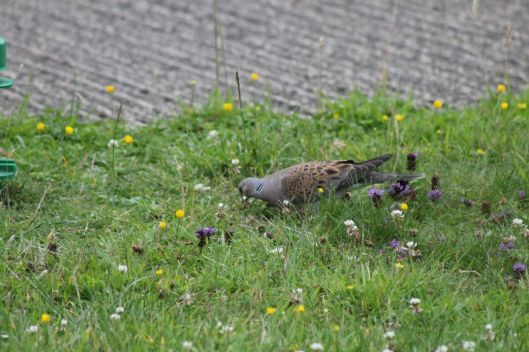 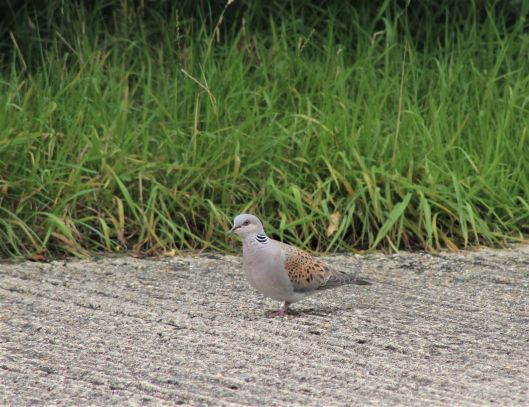 I have added a recording of a Nightingale, just for Peter – with best wishes.

Follow A Suffolk Lane on WordPress.com
Join 689 other followers 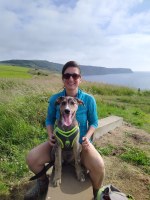