During the spring Elinor and I decided it would be good for us both if we could go out for walks together.  The restrictions had recently eased a little so that we felt it would be fine for us to drive somewhere different to walk instead of just walking the usual lanes near our house.  Elinor had been stuck at home for months and was becoming more fearful and anxious.  We though she should see that the world was still functioning albeit in a rather muted way.

Please click on this link to access a map of the town centre and more information about the town  https://www.halesworth.net/townmap/towncentremap.php

Our very first walk was on an extremely cold and gloomy day at the beginning of April.  We drove to Halesworth, one of our local towns and parked in the central town car-park.  It was so gloomy and cold that I took hardly any photos and most of those didn’t come out at all well.  We entered the Thoroughfare from the car-park and turned left towards the church and the Market Place.

We walked through the Market Place and down Chediston Street until we reached Rectory Lane which has a lovely crinkle-crankle wall down one side of it.

The Crinkle-crankle wall in Rectory Lane

Rectory Lane is also still known as Parson’s Lane as it cuts through the back of the town from the Old Rectory towards the Parish Church of St Mary. The Rector of Halesworth no longer lives in the enormous rectory which was sold to private buyers many years ago.  The lane meets the Town River a little further on and used to be a place where people went to sit and chat and share their sandwiches with the numerous ducks that lived on and near the river.  However, the town’s-people have been dissuaded from feeding the ducks because this apparently encouraged rats and bread wasn’t suitable food for ducks anyway and now the ducks have disappeared as well.

It was all looking a little sad and run-down.  The water is clear enough but there are no reeds or rushes growing here and the retaining walls are crumbling.

There were a few plants growing and beginning to flower on our side of the river. 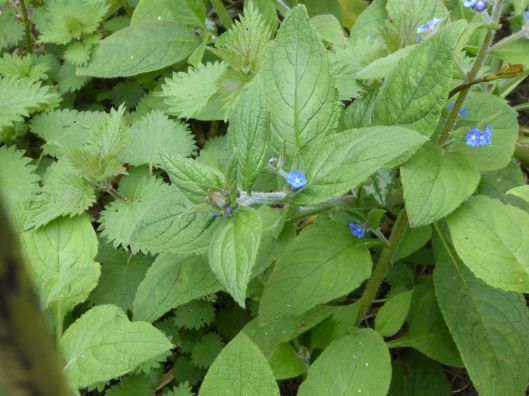 This Archangel is a cultivated form of the wild flower and has sliver splashes on the leaves.  It usually flowers much earlier than the wild plant.

We turned right out of Rectory Lane into Rectory Street and then rejoined the Thoroughfare.  We turned left past the library and crossed the road at the roundabout next to the United Reformed church and entered Quay Street.  Just then it began to rain so we decided to cut short our walk and return to the car by way of the Town Park.  When I used to live in Halesworth many years ago there used to be a yard with a builder’s merchant’s a little way up Quay Street.  I used to walk through the yard to a path that led to the park.  The builder’s merchant’s was knocked down some time ago and in its place a large quantity of houses and apartments have been built.  We walked through this little estate and found that the path still led into the park.  The park is well laid out with plenty of grassy areas with spring bulbs and a few flower beds.  Lots of mature trees give shade and shelter and there is a play area with swings and slides and other equipment.  We crossed over the river by the bridge and continued through the park until we had regained the road by the carpark.

Though we had only been out for about half an hour we had enjoyed our walk and decided we would walk together again as soon as we could. 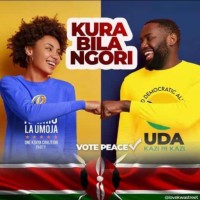