This is the last collection of photographs I took last year of the creatures I saw in my garden.  This post starts with photos I took in mid September and continues until the beginning of November.

A Flea Beetle. Not a particularly desirable insect to have in the garden but I was fascinated by its shiny wing cases and the enormous rear legs used for jumping. 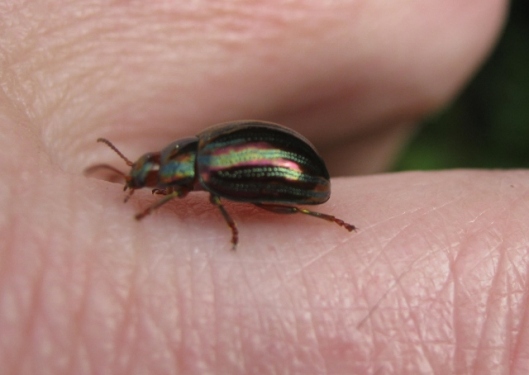 A Leaf Beetle – I think this may be Chrysolina varians which lives on St John’s-wort. It was such a pretty iridescent beetle that I found on the clothes hanging on my washing line. With apologies for the horrible hand! 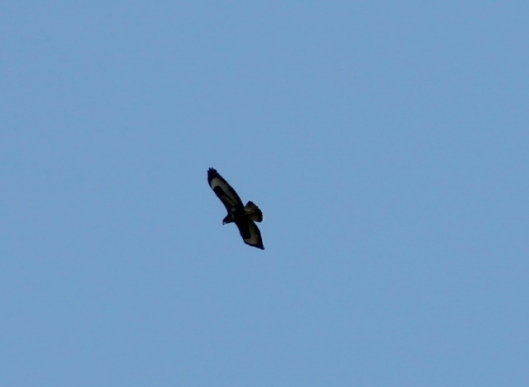 I am pleased that Buzzards are returning to East Anglia.   Until eight or nine years ago I had never seen one here. 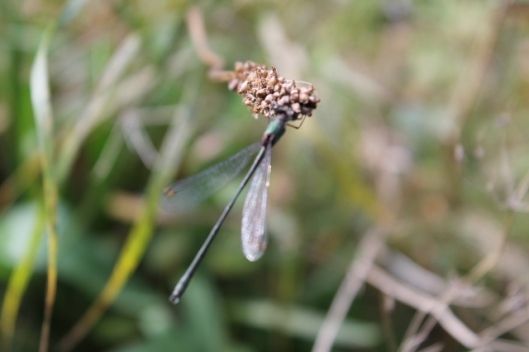 I spent ages following this damselfly round and round the pond until at last it settled and then of course, the camera wouldn’t focus on it!

I saw it again the following day perched on willowherb seeds.

This is a better photograph but still not as clear as I would like. 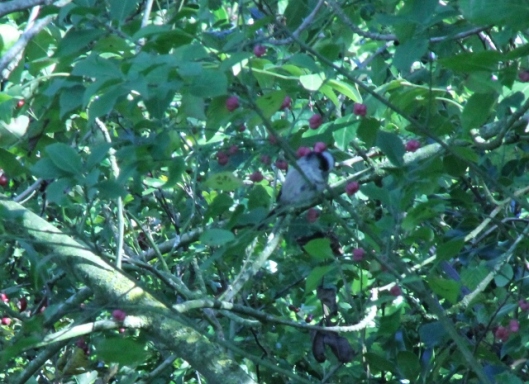 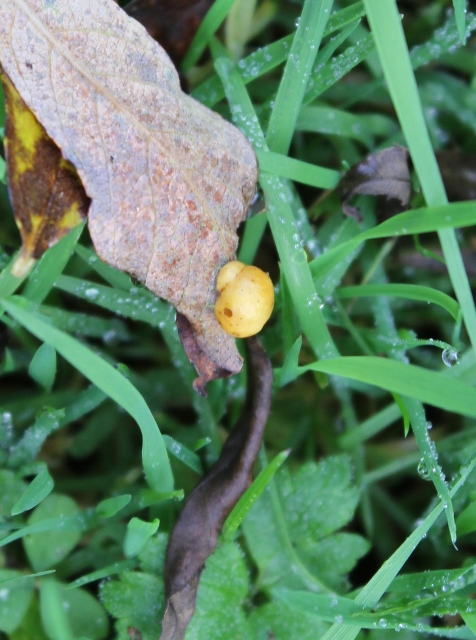 A tiny yellow snail on a dead leaf. I think this is a White-lipped Banded Snail (Cepaea hortensis)

I hope you have enjoyed looking at some of the things I saw in my garden last year.  Best wishes to you all!