Elinor had an interview at Anglia Ruskin University in Cambridge one Saturday at the beginning of February.  Both Richard and I accompanied her there and waited in the Ruskin Gallery while she went on a tour of the art facilities and then had her interview.  I admired the light fittings which, as with many functional buildings and their fittings designed pre WW2, were beautiful in their own right.

I am not referring to the modern lights but to the wrought iron that attaches the bar ( from which oil lamps were hung, I assume ) to the ceiling.

After Elinor had finished at the University we took the bus back to the park-and-ride car park and drove to nearby Anglesey Abbey.  We had hoped for some lunch in the café and a quiet walk round the grounds in the sunshine.  We hadn’t realised that the whole of Cambridgeshire would also have the same idea as us and the place was packed!  We managed to buy some sandwiches and a drink each and fought our way to a table.  After eating we escaped outside and walked about in the sunshine.

Anglesey Abbey is famous for its spring bulbs, especially its snowdrops, and I had wanted to visit for some years.

Snowdrops and winter aconites under the trees.

Note the long shadows just after midday in February.

We were getting cold in the strong breeze so decided to look at the house.

The former priory was converted into a dwelling in about the year 1600.

We toured the house but I didn’t manage to get any photographs of the interior.  It was so crowded it was difficult to see many of the rooms which were stuffed with objets d’arts, paintings and furniture as well as people.  The library was wonderful as it not only contained the typical sets of required books that most large libraries have but also many books that were obviously bought to be read and had been read by the family.  We were pleased to see all Lord Fairhaven’s boyhood adventure books on a top shelf.

The library . A photograph I found by searching Yahoo! images. 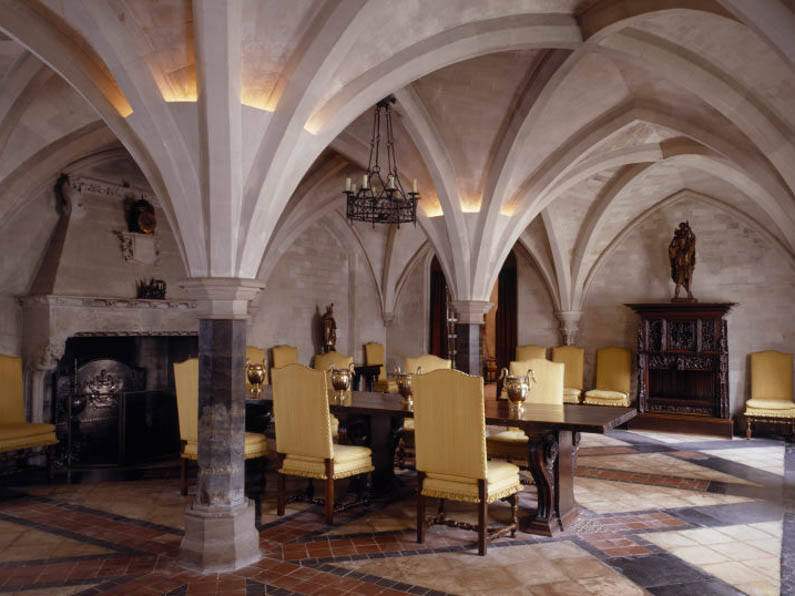 I had wished to see the garden with the silver birches but by the time we left the house we were running out of energy. 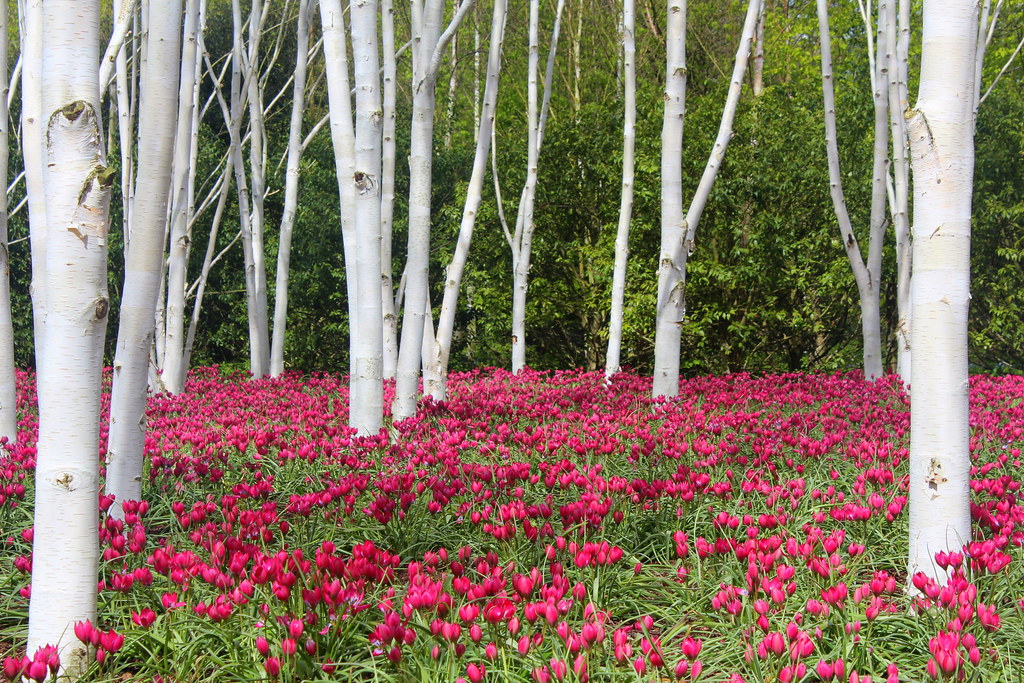 One of the many gardens in the grounds.

An espalier pear tree against the wall of the Abbey.

The front of the abbey.

A beautifully prepared garden. I wonder what it will contain later this year!

……with Richard sitting on it.

We left the garden without having seen all of it but with any luck we will return and finish our tour one day.